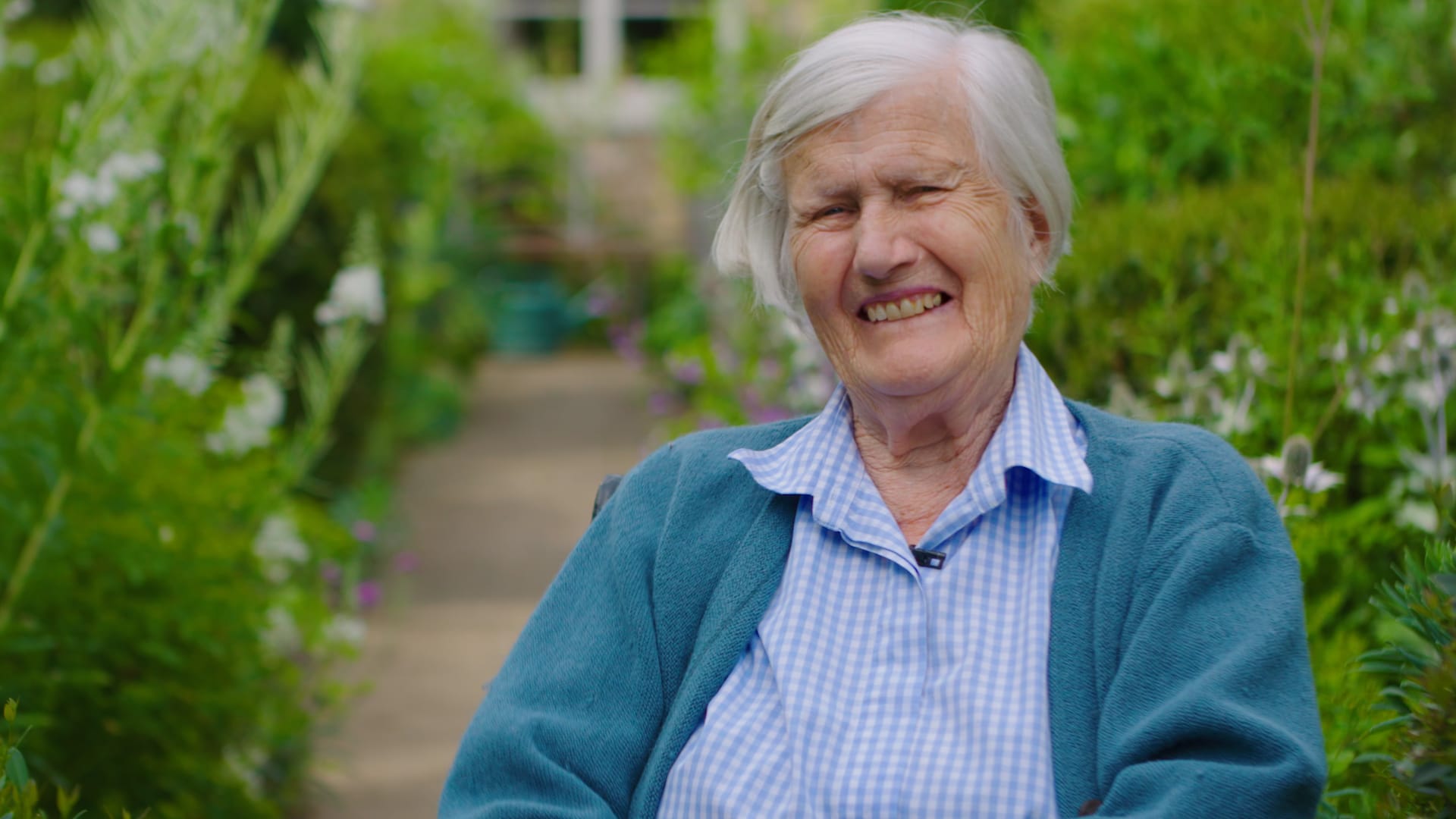 Back in July 2019, we managed the production of a short film with the renowned garden designer, writer and historian Penelope Hobhouse MBE.  It was such a treat to meet her at her home, shortly before her 90th birthday. We have happy memories of sharing homemade cottage pie with her, while she told us about her extraordinary life.

The film was commissioned by our client – the Society of Garden Designers – to mark the  Lifetime Achievement Award being presented to Penelope Hobhouse as part of their annual SGD Awards. Last night the film was shown at the SGD Awards Ceremony and an emotional standing ovation followed while her son, Niall Hobhouse, collected the Award on her behalf.

Other inspirational recipients of the Award have included Piet Oudolf, Beth Chatto, Christopher Bradley-Hole, Andrew Lawson, Fernando Caruncho, Robin Williams and Charles Jencks and we have worked alongside Frizbee Film to produce short films with each of them. Many of those film can be found on our Film Production page.  Click here to watch a few.

You can watch our film with Penelope Hobhouse here: